It’s Halloween night 1953, the last night of the carnival in rural Ohio, and a stripper turns up dead. Tom Davis, the chief of police, orders the carnies to stay in town while he investigates, but there are no leads to Mary’s killer—no fingerprints on the murder weapon, no blood but Mary’s at the scene, no foreign hairs or fibers—no clues of any kind. Brian Stockton, a reporter for the local paper, hopes this will be his break into the big time, so he begins to investigate as well. But, alas, the killer’s identity eludes him, too. As tensions build, the carnies become paranoid, pointing fingers at each other. Could it be the owner, Bill Harris, the one who discovered the body? Or was it perhaps Gino Guglielmo, the man who runs the kootch show and has a nasty temper? Was it the eccentric clown, Otto Radowski, a man with dark secrets in his past and who just happens to have Mary’s cat? And how did the killer manage to commit such a violent act without leaving a single speck of evidence? Mary certainly wasn’t killed by a ghost…or was she?

Corey Recko's first book, Murder on the White Sands: The Disappearance of Albert and Henry Fountain, won the Wild West History Association's award for the “Best Book on Wild West History” for 2007. New Mexico Magazine said of the book, “The story moves along like detective fiction . . . .” Of his second book, A Spy for the Union: The Life and Execution of Timothy Webster, the Civil War News review of the book concluded, “Just about everyone will find something to like in this tale of Civil War espionage that mixes in portions of heroism, intrigue, cowardice and betrayal.” Along with books, Recko has written articles on a variety of historical topics for magazines and historical journals and has become a sought after speaker (including an appearance on C-SPAN). Death of a Kootch Show Girl, a murder mystery about a death at a small-town carnival in 1953, is Corey Recko's first novel. Recko is the author of two mystery books (one fiction and one non-fiction) and one biography. All three are available on Amazon in both print and kindle formats. Death of a Kootch Show Girl is about a mysterious death at a 1950s carnival in a small town near Cleveland. A Spy for the Union is a biography of New York City policeman, Pinkerton detective (under Allan Pinkerton) and Civil War spy Timothy Webster. Murder on the White Sands tells the story of the murder of a lawyer/politician and his young son near the White Sands in old west New Mexico. The murder is investigated by Sheriff Pat Garrett, the man who killed Billy the Kid. Corey Recko lives in Hudson, Ohio.

Book Blitz: The Tale of Tumeleng by Ryke Leigh Douglas

Title: The Tale of Tumeleng

Life for twenty-seven-year-old Hershel Lawson has been relatively uneventful and that’s the way he likes it. When his grandmother passes away, leaving him her car and a last wish of him taking her ashes to L.A., his life takes a turn and it will never be the same again. With his new task and grandmother's ashes, Hershel sets out from St. Louis Missouri in the spring of 1962. He travels unimpeded along scenic Route 66 for two days, but is suddenly and unexpectedly relieved of two important things, his car and wallet. Sally is a sassy and street smart young woman on her way to Hollywood. She's determined to prove everyone wrong in the "one horse town" she left and make it as an actress in California. Through mishaps of her own, Sally comes across Hershel. Though neither one realizes it, the real journey is about to begin. Take a seat and journey with Hershel and Sally along historic Route 66 during its heyday. Laugh and maybe shed a tear or two as they struggle against the odds, and often each other, to make it a few more miles down the highway.

Oliver served as a Paratrooper in the United States Army and studied at MSC. In the late 1980s through mid 90s Oliver perused his love of music. He enjoyed traveling, playing percussion and writing lyrics for popular bands. During this time Oliver also began writing short stories and articles. After playing for thousands in the fall and winter of 1996 Oliver’s band abruptly disbanded. Oliver along with a good friend, that was a guitarist got together to form a new band in early spring of 1997. However rather than form a new band the two put together an expedition plan to travel to Northern Canada and Alaska to prospect for gold. Leaving in April of 1997 Oliver and company traveled up the historic AL-CAN highway. After exploring the Yukon and Northwest territories of Canada as well as the Arctic Circle the team traveled over the Top of the World highway to Alaska. 1999-2000 Oliver traveled through Asia, visiting Japan, Indonesia, Malaysia and other countries. In 2004 Oliver published his first book and continues writing articles and stories under various pseudonyms. Currently Oliver and family reside happily in the U.S.

~ Other Books by the Author ~

Sometime in the future, major cities fell due to an event named "The Sundering". This event allowed corporations such as the Transcendi Corporation to run the daily aspects of our lives. The Chinese invaded California. A decorated commissioner went missing. A dangerous prototype unveiled. A detective hid a secret. This is the first chapter of "The Transducer".

- ALL WARS ARE BANKERS’ WARS - Born on three adjacent beds, a mere three seconds apart, our three heroes are united by nature but divided by nurture. As a result of their different upbringings, they spend their lives chasing three very different things: Money, power and love. - This is a human story: A tale about people like ourselves, cajoled by the whimsy of circumstance, who find themselves performing the most beautiful acts as well as the most vulgar. - This is a historical story: A tale set in the early 1800s, which shines a light on how bankers, with the power to create money out of nothing, were able to shape the world we live in today. - And this is a love story: A tale about three men, who fall in love with the same woman, at the very same time… - This is a story which will make you laugh, cry, smile, cringe, scream and shout. It truly is a unique work of literary fiction…

- Joss Sheldon is a scruffy nomad, unchained free-thinker, and post-modernist radical. Born in 1982, he was brought up in one of the anonymous suburbs which wrap themselves around London's beating heart. Then he escaped! - With a degree from the London School of Economics to his name, Sheldon had spells selling falafel at music festivals, being a ski-bum, and failing to turn the English Midlands into a haven of rugby league. - Then, in 2013, he ran off to McLeod Ganj; an Indian village which plays home to thousands of angry monkeys, hundreds of Tibetan refugees, and the Dalai Lama himself. It was there that Sheldon wrote his debut novel, 'Involution & Evolution'. - With several positive reviews to his name, Sheldon had caught the writing bug. He travelled to Palestine and Kurdistan, where he researched his second novel, 'Occupied'; a dystopian masterpiece unlike any other story you've ever read. - It was with his third novel, ‘The Little Voice’, that Sheldon really hit the big time; topping the charts on both sides of the Atlantic, and gaining widespread critical acclaim. - Now Sheldon has returned with his fourth, and most ambitious novel yet. “Money Power Love” is a literary mélange of historical, political and economic fiction; a love story that charts the rise of the British Empire, and the way in which bankers, with the power to create money out of nothing, were able to shape the world we live in today…

~ Other Books by the Author ~ 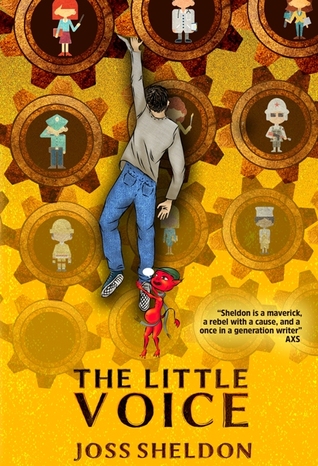 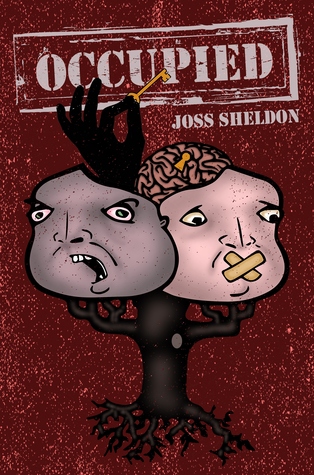 Book Blitz: Run from a Shadow by Ruth Callick

Title: Run from a Shadow